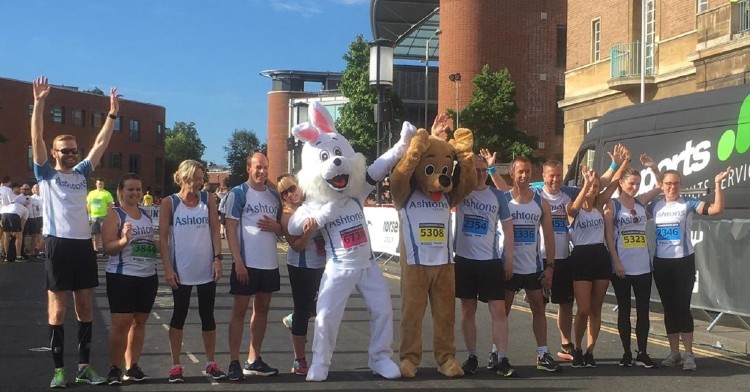 Ashtons Charitable Trust – where we are….

Home › Ashtons Legal News › Ashtons Charitable Trust – where we are….

Ashtons Charitable Trust – where we are….

The Ashtons Charitable Trust has paid a substantial amount to charities since its inception in 2014.

In the 2016/17 financial year Ashtons Charitable Trust paid out almost £9,000 to the following charities and community groups:

Also in 2016/17, the Trust paid out a further £12,500 to five charities which were nominated and chosen by staff in our five main locations. These charities were:

Staff at Ashtons Legal have also raised money by participating in national campaigns such as Sports Relief, Jeans for Genes, MacMillan World’s Biggest Coffee Morning and Children in Need.

In May 2016, 20 members of Ashtons staff, along with a number of professional contacts, undertook a relay run from Ipswich Town Football Club to Norwich City Football Club. The event raised £1,250 which was donated to Norwich’s Community Sports Foundation.

Also on a local level, £1,155 was raised by a team of women taking part in Girls Night Out in Bury St Edmunds and staff took part in Addenbrooke’s Breast Cancer Appeal by baking and selling cakes. A number of staff also ‘Grew A Mo for Meso’ in November, raising £1,622 for Mesothelioma UK.